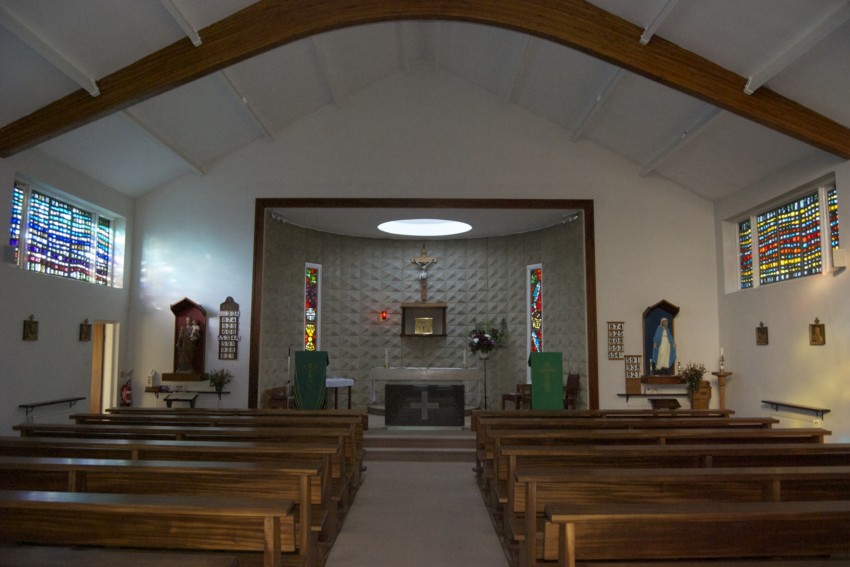 Burwash village has had a strong Catholic heritage. A Spanish banking family, who also owned Wadhurst Park, purchased the Southover estate in Spring Lane, and in the 1860's, Madame Murietta decided to build a church, St Joseph's, near their house.

Unfortunately, the family was bankrupted only three years after the Church was consecrated, and the house was taken over by the Salesian Fathers, as a formation Monastery for their Noviciate, that was subsequently moved to Oxford in 1921.

In the mid 1960's, St Joseph's was closed and a new church was built on the High Street site we use today, although the parish still retains the cemetery which stands next to where St Joseph's originally stood.

The plans for the new church were drawn up by Fr Chadwick, a Salesian priest who was serving in Southwark Diocese, and another Salesian, Fr Docherty succeeded him.

As you will see when you visit. Whilst our church is a humble building, it does benefit from a beautiful view across the East Sussex countryside, and our community of regular worshippers are welcoming to all new parishioners.